Figures from the National Drug Strategy Household Survey show Australians may need to turn their assumptions about the demographics of problem drinking upside down.

Excessive drinking. That’s for the young ones.

As people grow older, they leave binge drinking behind, maturing from drinking games through to cocktails at the rooftop bar, eventually arriving at sobriety and cups of tea in their golden years.

Data from the National Drug Strategy Household Survey (NDSHS), however, tells us that this may no longer be the case for increasing numbers of people.

‘What we’re seeing nationally in people’s alcohol intake within the last six years, is that the starting age is getting later, and young people – 18–29-year-olds – are drinking less,’ Associate Professor Apo Demirkol, from the School of Public Health and Community Medicine at the University of New South Wales, told newsGP.

‘But in the 49-plus age group, a bracket that goes up to 70, there is not a downward trend in their alcohol intake.

‘And that’s been an interesting observation, because we were always told in medicine to just support and look after people, and when they get to a certain age, they’ll grow out of these habits.

‘But that’s not happening.’

The NDSHS found that very high-risk drinking, categorised as 11 or more standard drinks at one sitting on an at least monthly basis, was on the rise in people aged 50–59. Meanwhile, the New South Wales Population Health Survey found that people aged 45 and over are increasingly more likely to drink every day than younger people.

This situation has concerning health implications for older patients.

‘It’s a worrying trend if you consider that, after age 40, for each decade, you’ll have one chronic illness, generally speaking,’ Associate Professor Demirkol said.

‘And so with that chronic illness, and polypharmacy, if you add alcohol on top of those medications, it can make things quite complicated. There are lots of issues around it.’

Statistics also show that these drinking behaviours apply for both men and women.

‘In fact, what we’re seeing is women over 49 years old are actually drinking more compared to six

years ago, and men’s binging behaviour, up to 60 years old, is almost on par with younger people, and that’s something we’ve not seen before.

‘We are also seeing about 8% of the 70-plus age group drinking excessively on a regular basis, and about 20 or 30%, depending on the gender, of 50-years-olds drinking harmfully.

‘That’s a significant finding in itself; we’re not talking about single-occasion drinking – we’re talking about on a regular basis.’ 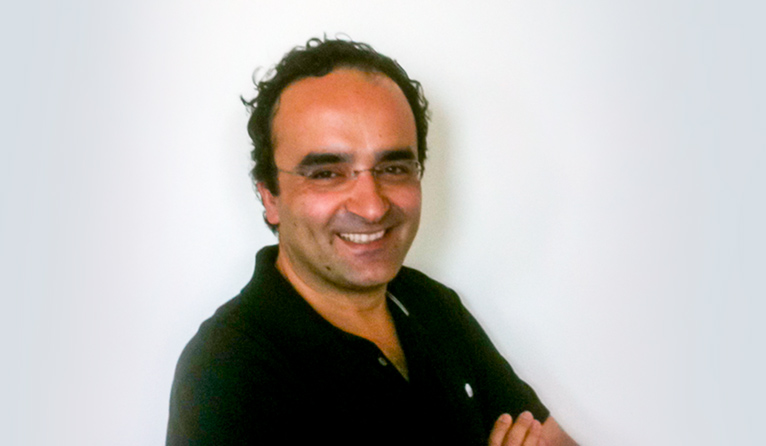 Associate Professor Apo Demirkol believes it is important for GPs to keep alcohol consumption in mind when seeing older patients.

As for what may be underlying these behaviours, Associate Professor Demirkol believes there can be a number of factors, from changing social attitudes around alcohol to the rigours of the ageing process itself.

‘People are carrying their habits forward, potentially, and have not taken on harm-related messages [regarding alcohol],’ he said.

‘And with 65–70-plus-year-olds, a lot of life events occur at that time: retirement, younger family members establishing their own families, loss of function, and loss of friends and family.

‘Also, perhaps most importantly, decrease in mobility or not having any sort of chance to do things that they used to do, and perhaps replacing that with alcohol.’

Associate Professor Demirkol is also keen to emphasise the importance of practitioners keeping the possibility of excessive drinking in mind when seeing older patients, and making sure they ask about it.

‘[Alcohol consumption] is one of those things, like other substances or sexual health issues, that if you don’t ask, you don’t get,’ he said.

‘And people don’t tend to volunteer, because if there is not a significant function loss they may not think that they have a problem. Or they may not attribute it to alcohol; they might just think that their diabetes is acting out, or their blood pressure is not being very well controlled.’

Associate Professor Demirkol feels the trusted relationship many older patients have with their GP presents a great opportunity to address issues around drinking. He recommends approaching the issue in a more conversational context.

‘Personalised feedback from a GP, in that long-term relationship, has the biggest impact on changing behaviour in terms of excessive drinking and older people,’ he said.

When raising the issue, Associate Professor Demirkol recommends persistence, and relating drinking to other health concerns in order to provide a greater context.

‘It’s really good practice to ask the question, use the usual screening tools in the general practice setting, and have a personalised conversation; not only saying, “I think you’re drinking a bit much”, but also relating it to what the effect would be in relation to blood pressure, or medication,’ he said.

He also suggests considering referral to more specialised services, if necessary, emphasising that problem drinking does not need special treatment in this patient cohort.

‘There is no evidence base that suggests we need to do something different for this age group; whatever we know about alcohol, and how we treat it, would just work fine,’ he said.

‘Very few of them are drinking dependently – excessive drinking is associated with significant harm without having to be at a dependence level.

‘But if they are drinking dependently, discussing an in-patient detox in an observed setting might be a good idea for anyone over 55, because they may respond differently to benzodiazepines, and might have other comorbidities.’


Visit the RACGP webinar, ‘Addressing alcohol use in the over 50s’, presented by Associate Professor Demirkol, for further information on this subject.

Out of Fear and Love; Fighting JB 55 and the Vampires of Jewett City