When it comes to nutrition, all too often we are told that carbohydrates are the devil and coffee is bad for you.

But one dietitian is on a mission to debunk the biggest and most ‘ridiculous’ myths surrounding what we eat.

According to Paula Norris, from Brisbane, there are six things she hears regularly – and wishes she didn’t.

So what are they? 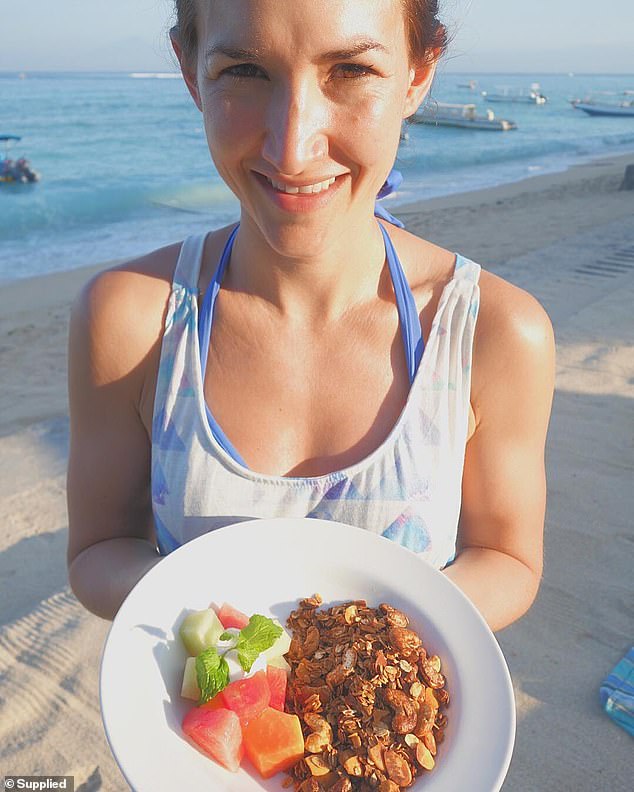 According to Brisbane-based Paula Norris (pictured), there are six nutrition myths she hears more than any others – and she debunked them

MYTH ONE: COCONUT OIL IS HEALTHY

‘Coconut oil is not healthy,’ Paula wrote on Instagram.

‘It has been shown to raise total cholesterol and is about 80 per cent saturated fat.’

The dietitian said while it’s been shown that this saturated fat is not quite as detrimental as the saturated fat from meat products, you should only use it occasionally for its ‘flavour profile rather than any health claims’.

In 2019, being gluten-free is almost worn with a badge of honour.

But Paula said that unless you have diagnosed coeliac disease or non-coeliac gluten sensitivity, then gluten-free diets are not better for you.

‘In fact, they can sometimes be devoid of fibre and some micro-nutrients if not planned right,’ she said.

Don’t give up gluten just because you think it will be better for you. Just switch out some forms of it – like white bread – for the healthier brown or sourdough. 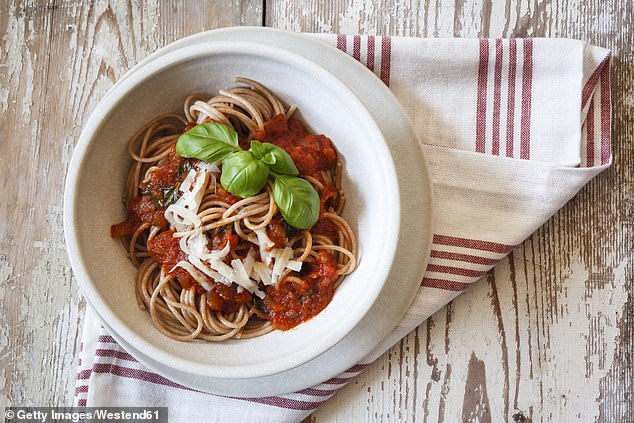 ‘Moderate portions (as for any of the macros) and choosing low GI carbs where possible is beneficial for our weight and hunger levels,’ Paula said (stock image)

Since time immemorial, we’ve been told that carbs are fattening and any slimmers should steer well clear.

But Paula said these are not our problem when it comes to weight gain – rather it’s eating more calories than we burn.

‘Moderate portions (as for any of the macros) and choosing low GI carbs where possible is beneficial for our weight and hunger levels,’ she said.

Sweet potatoes, brown rice and wholegrain bread all fall into this bracket.

Paula said the fourth nutrition myth she comes across a lot is the idea that snacking is bad for you, and you shouldn’t indulge.

‘Snacking is fine provided you choose nourishing snacks,’ she said.

Paula’s favourites are snacks which give you all the macronutrients in one – something like a boiled egg and some spinach, a handful of cashew nuts or an apple and some peanut butter.

MYTH FIVE: EATING 5-6 SMALL MEALS IS BETTER THAN 3 BIG ONES

There is plenty of dietary advice out there which claims that eating smaller meals is better for your metabolism.

But Paula maintains that it’s calories in versus calories out that really makes the difference.

‘While there is such thing as “diet-induced thermogenesis” which is energy burned to digest a meal – the impact of this on overall calories burned is insignificant and will not impact weight loss,’ she said. 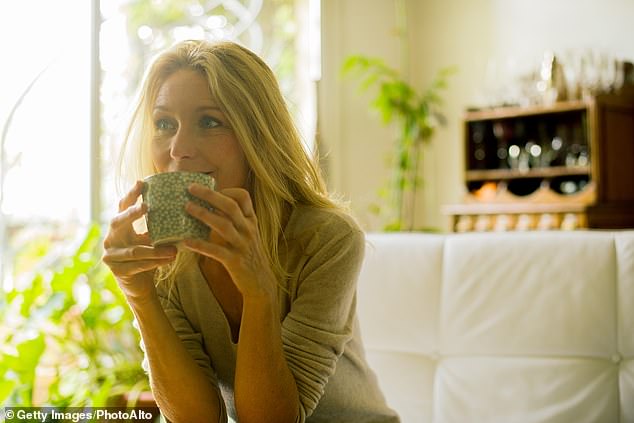 Lastly, if you’re stuck thinking your morning brew is bad for your teeth and waistline, think again (stock image)

Lastly, if you’re stuck thinking your morning brew is bad for your teeth and waistline, think again.

‘Coffee is actually rich in antioxidants and has been shown to be protective against some chronic diseases,’ Paula said.

However, she outlined that the amount of coffee different people can tolerate does differ.

So if you find you’re anxious after drinking a certain amount, you might need to cut back.

‘Two cafe-style or four instant coffees is a good maximum for most of us,’ Paula said.

Kombucha, kimchi and yogurt: How fermented foods could be harmful to your health – Health

Unlocking the vault at the Bakken – Southwest Journal