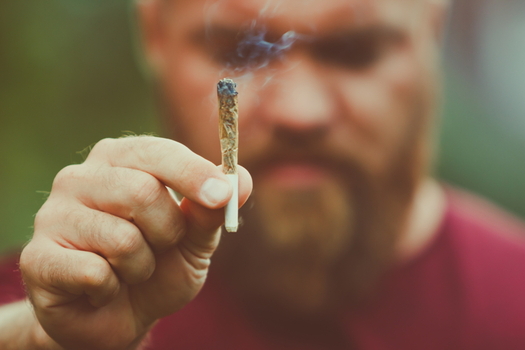 ARLINGTON, Va. – Young people who use marijuana frequently are more than twice as likely to have a stroke compared with those who don’t use the drug at all, according to a new study.

The study to be published in the American Heart Association journal Stroke is one of the first to specifically focus on the risk of stroke in cannabis users younger than age 45.

A recent second study found a link between marijuana use and an increased risk of heart rhythm problems in young adults.

Even though the studies are observational, they still are valuable because not much scientific information exists on health risks and cannabis use, according to Dr. Robert Harrington, president of the American Heart Association.

“As we see that states are increasingly legalizing use of marijuana, in part because of assumed health benefits, we at the AHA feel that it’s important that those health benefits actually be confirmed,” he states.

The heart study found that young people between ages 15 and 34 who were diagnosed with cannabis use disorder, which is similar to alcoholism, had a 50% greater risk of being hospitalized for heart rhythm problems compared with non-users.

Researchers say cannabis use disorder is more common among white men ages 45 to 54.

However, in the study, young African-American men between 15 and 24 who frequently used marijuana had the greatest risk of being hospitalized for arrhythmia, according to Dr. Reginald Robinson, a cardiologist in Washington.

He says tainted pot could play a role.

“If someone’s buying marijuana off the street, there’s no way of determining whether it’s laced with PCP or cocaine or K2 or any other stimulant,” he points out.

Marijuana is the most commonly used illicit drug in the United States, according to the 2018 National Survey of Drug Use and Health put out by the federal government. The survey shows its use is more prevalent among men than women.

Disclosure: American Heart Association Mid Atlantic Affiliate contributes to our fund for reporting on Health Issues, Hunger/Food/Nutrition, Poverty Issues, Smoking Prevention. If you would like to help support news in the public interest, click here.

Stroke rehabilitation in low-income and middle-income countries: a call to action

Sean McGlinchey: ‘I fought depression outside the boxing ring’

Kim Kardashian Reveals About Her Disease But Does Not Shy Away From Showing Off...

Smoking has negative effects for patients with psoriasis