Home Depression US warns of deaths from depression, suicide, drug abuse in rationale for...
Facebook
WASHINGTON: The Trump administration has rolled out a new rationale for fully reopening the United States for business even as the coronavirus pandemic is receding in fits and starts, arguing that extended shutdowns will only cause more deaths from depression, suicide, drug overdose and alcohol abuse for years to come.
Separately, the US President also indicated that he is now inclined to host the G7 summit of world leaders at Camp David in-person — after having previously canceling the June gathering due to the pandemic — to signal normalcy is returning to the world.
“Now that our Country is “Transitioning back to Greatness”, I am considering rescheduling the G-7, on the same or similar date, in Washington, D.C., at the legendary Camp David,” Trump wrote on Twitter, arguing it would be a great sign of progress in fighting the coronavirus. “The other members are also beginning their COMEBACK. It would be a great sign to all – normalization!” he said.
The G7 membership includes, besides the U.S., Canada, France, Germany, Italy, Japan, and the United Kingdom. India was a special guest of French President Emanuel Macron, who hosted the last G7 in 2019. Such a gathering will bring together all major western economies and Japan in what could result in further isolation of China.
Meanwhile, proclaiming that the situation was fast returning to normal in the U.S, administration officials on Tuesday elaborated on the line put forth by President Trump that there will more deaths from depression, loneliness, suicide and drug abuse if the lockdown was not lifted.
At a televised cabinet meeting, US Health Secretary Alex Azar laid out the case “to restart the roaring Trump economy,” saying “the right mindset for reopening is not about balancing health versus the economy; It’s actually about balancing health versus health.”
By one estimate, Azar said, the virus-induced recession will see an extra 65,000 deaths from suicide, drug overdose, alcohol abuse in the coming years, possibly even more. He also revealed that mammograms are down 87 per cent, colonoscopies are down 90 per cent, and while approximately 1.7 million new cancer cases are diagnosed per year in the U.S, there was an 80 per cent drop in cancer cases identified.
The U.S could already have 300,000 or more undiagnosed cancer cases as a result of this crisis, Azar argued, while pointing out that a CDC report found a 60 per cent reduction in vaccine administrations including, pediatric vaccinations and millions of kids were not getting vaccinated.
The cabinet also heard from a mental health expert who said the longer the duration of the lockdown, the greater would be the intensity of the mental health problem experienced. Pointing out that pre-pandemic, the U.S lost 120,000 lives a year to drug overdose and suicide, the expert asked, “how many more lives are we willing to sacrifice in the name of containing the virus?” Trump has made similar arguments and has spoken longingly about personally missing connecting with his followers.
In fact, Trump is reported to be itching to get back into campaign mode despite reservations from the expert community about large gatherings whether it is political rallies, sports events, or religious congregations, all of which they believe provides fertile ground for coronavirus outbreaks. Deprived of his favorite forum to connect with supports, he is doing the next best thing – holding forth at the White House at every given opportunity and heading out to facilities making medical supplies.
On Tuesday, the U.S President doubled down on his use of the anti-malaria drug Hydroxychloroquine as a prophylactic to prevent Covid-19 despite the wide ridicule his self-medicating invited, calling those who frowned it “anti-Trumpers.” He also continued to lash out at China, saying it was that country’s “incompetence” that led to a “mass Worldwide killing” by the coronavirus.
Together with the campaign against the World Health Organisation and against states that have been cautious about re-opening for business, critics say the US President’s arguments effectively put politics and economics ahead of science, which many of his followers say was dubious and should never have taken precedence over economic wellbeing. In fact, some scientists and researchers have complained about being muzzled and asked to manipulate data to facilitate a quick re-opening.
Meanwhile, the U.S President continued to lash out at China.
“Some wacko in China just released a statement blaming everybody other than China for the Virus which has now killed hundreds of thousands of people. Please explain to this dope that it was the “incompetence of China”, and nothing else, that did this mass Worldwide killing!” Trump tweeted on Tuesday in response to a Chinese official absolving China of any responsibility in the spread of the virus.
On January 24 Trump had tweeted: “China has been working very hard to contain the Coronavirus. The United States greatly appreciates their efforts and transparency. It will all work out well. In particular, on behalf of the American People, I want to thank President Xi!” He has since suggested the U.S was misled by China.

Talk it out: ‘Depression and I are old friends…but she’s often tried to kill me’ 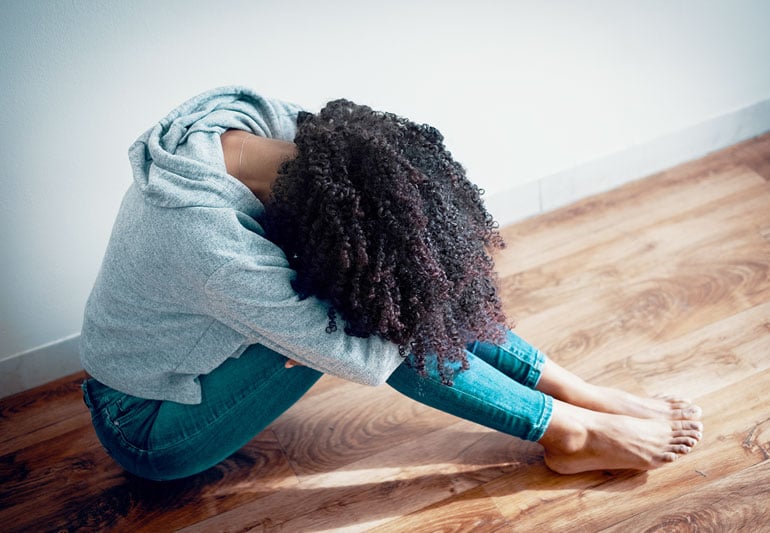 Which Do I Have (or Both?) – Health Essentials from Cleveland Clinic

For my mum, the pain of social distancing is nothing new