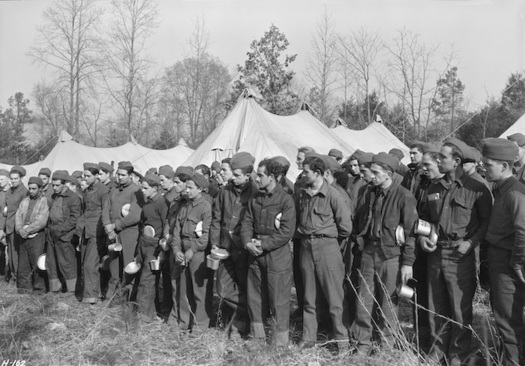 NASHVILLE, Tenn. — Nationwide, the youth unemployment rate during the coronavirus pandemic is the highest it has been since the Great Depression, and some are calling for creating a new Civilian Conservation Corps to help rebuild the country’s parks and public lands at a time of national crisis.

Michael Butler, CEO of the Tennessee Wildlife Federation, says from 1933 until 1942, paid volunteers in the Depression-era relief program built the Pickett Civilian Conservation Corps Memorial State Park in the Cumberland Mountains, and several other projects across the state.

“They made improvements to the Fiery Gizzard Trail, worked on the Smokies, they developed the Natchez Trace Parkway,” he point out. “They had 76,000 enrollees in Tennessee working on 17 state parks, back in those days.”

Since the pandemic began, Tennessee has seen its highest-ever unemployment rate of 14.7%, and Butler says an updated public works program could help many young people learn new skills. During its nine-year run, the Civilian Conservation Corps employed more than 3 million workers nationwide.

Tennessee is one of the most biologically diverse inland states — ranked second in freshwater fish species diversity, and fourth in amphibian diversity. Yet the state’s park system is saddled with an $82 million backlog of maintenance and repairs.

Butler points out that as tax revenues are expected to decline with the economic fallout from COVID-19, states will have to start thinking outside the box.

“Maybe we can improve our litter collection situation,” he states. “There’s a lot of needs — stream cleanups, things like that. Those are all 21st century needs that we could apply to a new Civilian Conversation Corps.”

Butler says in 2015, the state also developed a plan to restore habitat for the 664 species identified as having the greatest conservation needs, including the monarch butterfly and Tennessee cave salamander.

Collin O’Mara, president and CEO of the National Wildlife Federation, says a new CCC could offer jobs in outdoor recreation, agriculture, forestry and ranching to rural and Native American youth, and young people of color — all of whom are being hit hard with unemployment.

“It’s one of those solutions that actually solves 15 different public policy priorities all at once — and I mean, I’d argue it’s as close to an economic recovery silver bullet as is out there right now,” he stresses.

Mexico braces for coronavirus amid their own obesity and diabetes epidemic

The drama that raged against Reagan’s America