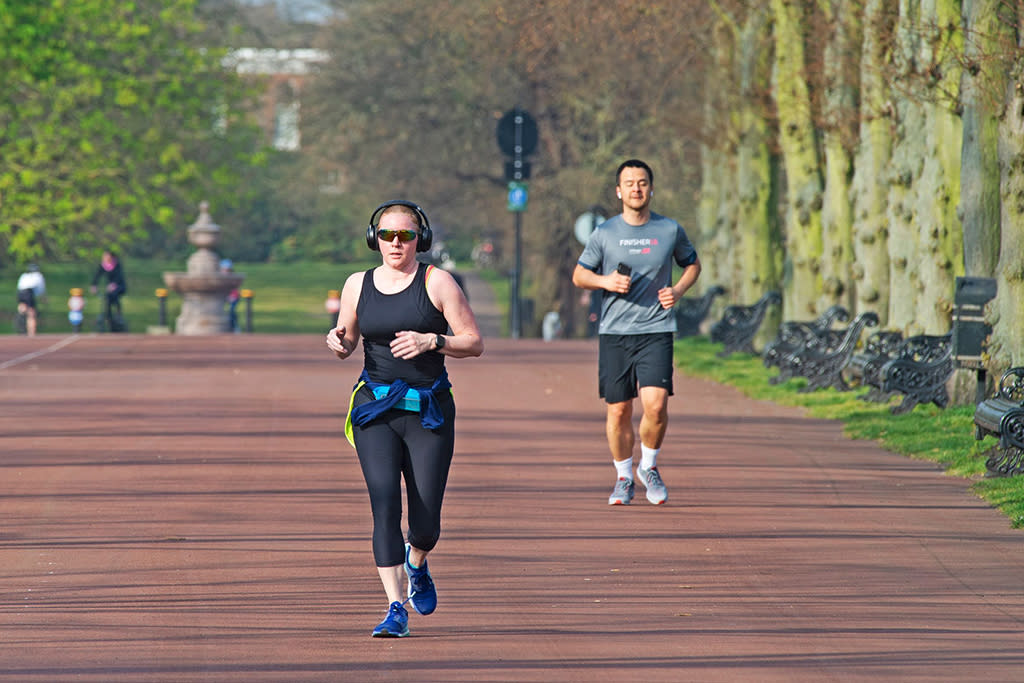 With gyms closed and people forced to spend more time at home, running has become the go-to outlet to stay fit. And brands in the performance running shoe business are benefitting.

According to data provided by The NPD Group, performance running shoe sales have been on the rise since mid May, and sales increased 30% year-over-year in the week ending June 20. This mark, NPD stated, is the highest sales gain in any given week this year.

“We are seeing a renewed interest in and commitment to health and fitness take hold, and I expect performance running will be a real beneficiary in today’s COVID-19 world. With sales declining on an annual basis and athleisure becoming the driving force in footwear, it has been a mixed bag for the performance running footwear market; however, the current environment could work in its favor,” The NPD Group senior sports industry adviser Matt Powell said in a statement. “We should see running benefit in the COVID-19 recession as this market has typically performed well during recession. In addition, consumer inclination towards more practical purchasing and social distancing bodes well for the continuation of a positive running trend.”

According to NPD, the brands leading the way are Brooks, Hoka One One and On, which have shown double- and triple-digit growth for the past five weeks. The firm stated these companies, which are all heavily invested in performance running, have outperformed the market during these weeks.

The aforementioned brands have all stayed busy with releases during the coronavirus crisis. On, for instance, delivered its style-driven “Cloudnova” to top-tier sneaker boutiques in May including Dover Street Market, Bodega and Shoe Gallery. Also in May, Brooks revealed its annual Run Proud apparel and accessory collection. And Hoka One One will release the latest addition to its acclaimed Clifton franchise, the Clifton Edge, on July 1. (The shoe was available for pre-sale on June 15 via Hokaoneone.com.)

At Ochsner, innovation happens inside and outside system’s walls

A tripartite approach can seek to optimize breast cancer management during a pandemic –...