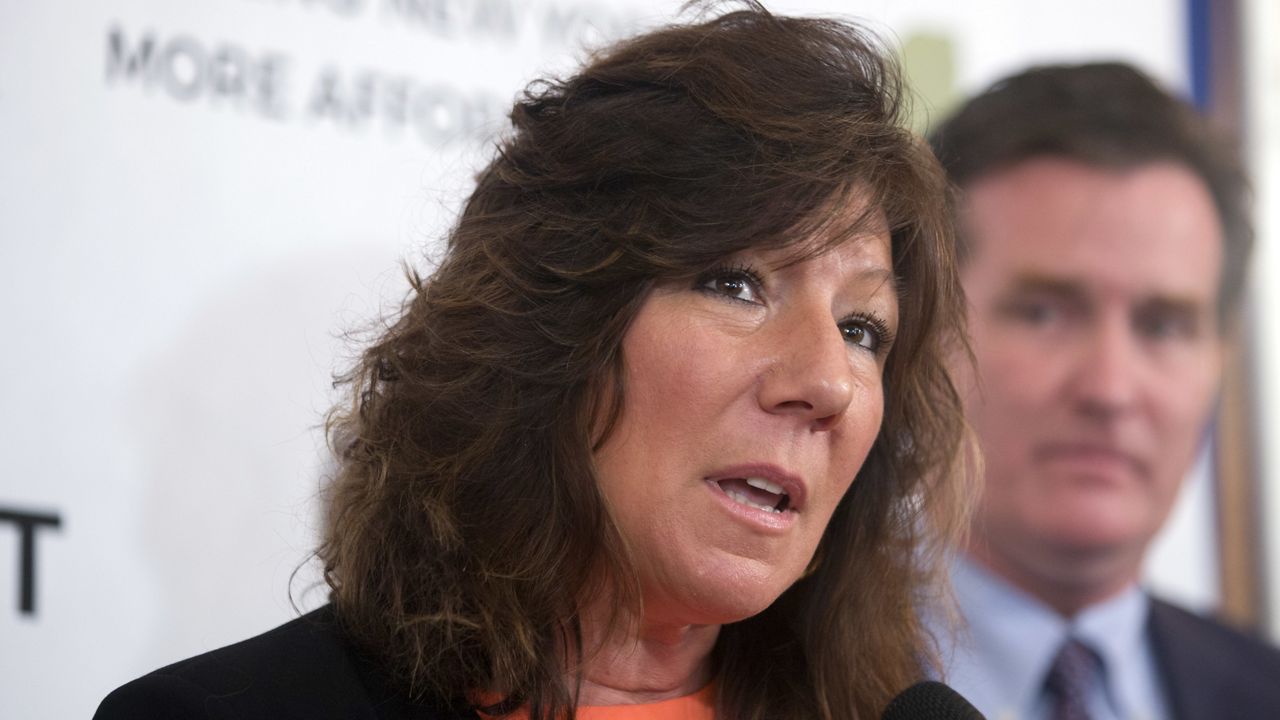 After a diagnosis of breast cancer, Senator Sue Serino, R-Hyde Park, was surprised by tee-shirts and an outpouring of support from her Senate Republican colleagues lead by new Minority Leader Robert Ortt.

What You Need To Know

Serino will face a rematch against Democrat Karen Smythe in November for the 41st State Senate District seat. Serino defeated Smyth in 2018 by fewer than 1000 votes.

According to a press release, every member of the GOP conference wore a special shirt while in Albany or virtually via Zoom to let Serino know she is supported.

The moment was captured on video here.

Leader Ortt escorted Serino into a room of her colleagues, who were all wearing white tees with pink letters spelling “Serino Strong.”

“We wanted to find a way to let Sue know how important she is to all of us, and how much we care about her. Sue has inspired all of us by dealing with breast cancer and continuing the fight for her community. Her Senate family wants her to know she’s not alone in her fight,” said Leader Ortt.

“I don’t have the words to express the full depth of my gratitude for the amount of support I’ve received during this time,” said Serino in a statement. “My colleagues truly went above and beyond and I am so touched.”

Many Older Adults ‘Overscreened’ for Cancer