Talking heads get paid to speculate about what the market will do in different scenarios, but it is rare that anyone can truly know how a particular company, industry, or the overall market will fare based on a presidential election. That said, a reelection of a U.S. President offers more certainty, because policies that have been put in place over the past four years are likely to continue. 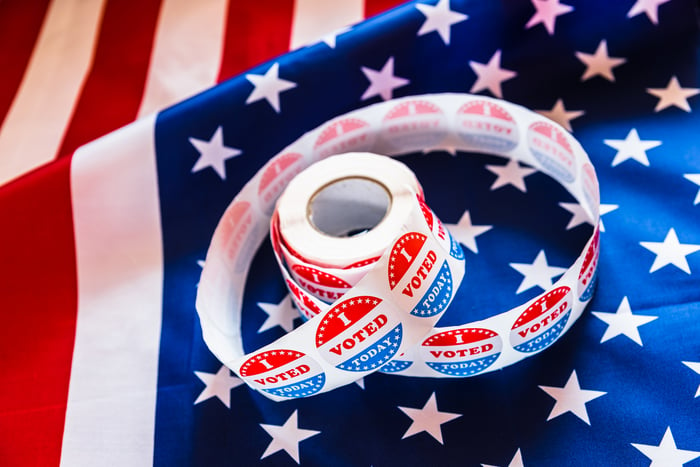 As COVID-19 spread through the U.S. in the spring and summer, offices closed and family gatherings were cancelled. Many of us turned to Zoom to host events ranging from daily meetings, to virtual conferences, happy hours, and weddings.

Zoom came into 2020 on the heels of 88% sales growth in 2019. But the pandemic was rocket fuel for the company, spurring 355% growth in the second quarter to $633.5 million. In its Aug. 31 earnings call, the company projected only slight quarterly growth, expecting the demand for its services to wane as COVID-19 cases in the U.S. had fallen sharply from the summer peak. But with cases, hospitalizations, and fear on the rise in many parts of the country, the fuel for the company’s stratospheric rise is not totally spent.

The Trump administration’s policies and pronouncements have embraced individual responsibility, protecting the most at-risk populations, and letting the virus run its course through healthier segments of the population. Experts agree that this approach, commonly referred to as seeking “herd immunity”, will result in serious medical and financial consequences.

If the President is reelected, the current approach is likely to persist. For Zoom, more cases and hospitalizations mean more time before life returns to normal. The longer it takes to get back to normal, the more gains ahead for Zoom stock.

Part of President Trump’s policy agenda in his first term has been to establish “American energy dominance.” By eliminating regulations put in place to protect the environment, the oil and gas industry has been given the green light. In the past four years, pipelines that were put on hold have been resurrected, wildlife refuges opened up for drilling, data that track methane leaks are no longer collected, and auto emissions standards have been rolled back.

It may come as no surprise that domestic oil production hit a record high in 2017, 2018 and 2019, topping over 17 million barrels per day last year. As the largest U.S. oil company, Chevron has been a beneficiary of the changes. The company currently lists large-scale exploration in the Gulf of Mexico, the Permian Basin, and a pending project in the Arctic National Wildlife Refuge coastal plain among its projects. With a focus on energy production and few environmental regulations left in the way, the source of Chevron’s future profits becomes much clearer in a second Trump term.

When the U.S. began setting tariffs on trade with China in July 2018, both countries took the posture of not backing down. Tariffs — taxes levied on incoming goods — are paid by the importers, thus eating into profit margins or increasing prices to ultimate users in the importing country. China, for its part, retaliated by cutting purchases of American agriculture. To make up for this, the Department of Agriculture doled out the highest level of farm subsidies in 14 years.

This windfall for farmers has helped spur Deere near its all-time highs. The stock is up 35% year to date, and with more than 40% of farm income set to come from government subsidies in 2020, the stock is set to continue its ascent under the Trump administration.

The 2017 Tax Cuts and Jobs Act reduced the corporate tax rate from 35% to 21%, a 40% reduction. In reality, researchers at the Institute on Taxation and Economic Policy (ITEP) reviewed financial reports for 370 profitable corporations in the Fortune 500. They found that the effective tax rate — what they actually paid — went down from an average of 21.2% between 2008 and 2015 to just 11.3% in 2018.

In fact, despite the tax rate, the Organization for Economic Cooperation and Development (OECD) found that, aside from Latvia, the U.S. corporate tax revenue as a percentage of Gross Domestic Product (GDP) is the lowest in the industrialized world.

Of all the corporate winners, banks may have benefited the most, gaining not only from the reduction in tax rate, but also from a more preferable treatment of pass-through companies. A “pass-through” company is one that doesn’t pay a portion of profits to the Internal Revenue Service (IRS). Instead, it passes those profits through the business, to the owner, who is now entitled to reduce the taxes on them by one-fifth. One-third of community banks in the U.S. are organized as pass-throughs and have realized the greatest benefits. A 2018 estimate from the Federal Deposit Insurance Corporation (FDIC) showed an additional $6.6 billion in profits to all of its member banks in the first quarter alone.

One such bank is Bank OZK, the holding company that operates Bank of the Ozarks. Its real estate loan portfolio may be concentrated in larger COVID-19-exposed metropolitan areas, but the bank recently hiked its dividend for the 40th consecutive quarter. The loans on the books are high quality. The bank consistently has a lower percentage of charge-offs than the industry average. The bank also outperforms the industry in key measures of profitability.

AbbVie is the maker of the world’s best-selling drug. Humira, a biologic, is a treatment for autoimmune diseases such as arthritis, Crohn’s disease, and plaque psoriasis, and raked in more than $19 billion in 2019. Humira accounts for 61% of the company’s sales and, because it is considered a specialty drug, it is expensive for Medicare recipients. While Humira’s total cost (insurance plus out-of-pocket) was estimated at more than $4,300 per month in 2019, a study found the out-of-pocket cost to someone with Medicare Part D insurance was still a whopping $5,200 annually.

All politicians seem to agree that prescription drug prices are too high in the U.S., but little has been done to curb them. Joe Biden has proposed allowing Medicare to negotiate lower drug prices, among other initiatives. President Trump, for his part, has floated several ideas, but only recently finalized a policy for importing drugs from overseas in an attempt to lower prices. While the U.S. Department of Health and Human Services (HHS) has had the authority to do this since 2000, the policy enacted in September excludes high-cost specialty drugs like Humira.

If the President loses in November, the policies will almost certainly take on the pricing of AbbVie’s flagship drug, among others. If the President is reelected, expect the company’s sales and profits to flourish for at least the next four years. Humira’s dominance has started to wane due to competition, but with $19 billion in annual sales, it will still be a while before Humira is dethroned.

10 stocks we like better than Chevron
When investing geniuses David and Tom Gardner have a stock tip, it can pay to listen. After all, the newsletter they have run for over a decade, Motley Fool Stock Advisor, has tripled the market.*

David and Tom just revealed what they believe are the ten best stocks for investors to buy right now… and Chevron wasn’t one of them! That’s right — they think these 10 stocks are even better buys.

Here’s Why I Think Ilex Medical (TLV:ILX) Is An Interesting Stock

What Can We Learn About Union Medical Healthcare’s (HKG:2138) CEO Compensation?

Police say a woman cut off her husband’s genitals. Doctors explain what happens next

Here’s Why I Think Ilex Medical (TLV:ILX) Is An Interesting Stock