The year 2020 has been a big one for initial public offerings (IPOs) — where companies debut shares of themselves for investors to buy and sell on the public stock markets. Among the companies that had IPOs are Snowflake, a data warehousing business; DoorDash, a food-from-restaurants delivery service; and Airbnb, the company connecting hosts and guests around the world. (2019 saw Uber and Lyft debut.)

IPOs can be very exciting, but they can be dangerous, too. Here’s a quick look at the upsides and downsides of investing in IPOs, along with a look at five companies expected to debut on the public markets in 2021. 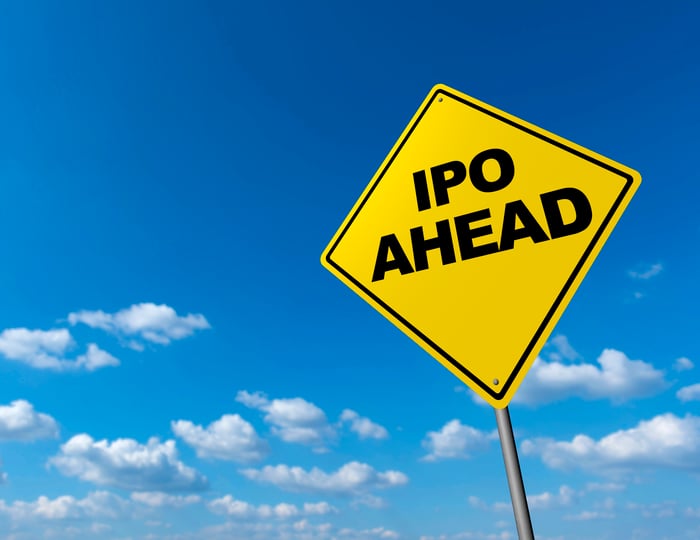 The case for IPOs

So why would you want to invest in an IPO? Well, because with companies that you’re excited about and would really like to own, getting into them as soon as possible seems best, no? Think about all the huge companies we’re now familiar with, such as Amazon.com and Netflix: They have rewarded their longtime shareholders enormously — especially those who got in on the ground floor.

When companies that people are excited about debut on the markets, there is often a trading frenzy, sending the shares up sharply in their first few minutes, days, or months. Consider, for example, that Snowflake had priced its initial shares at $120 apiece. That’s the price that insiders and connected investors and institutions were able to buy at. The shares began trading at $245 apiece, though — giving those privileged buyers an immediate gain of more than 100%. (Snowflake shares were recently trading at $323.)

The case against IPOs

Despite the appeal of IPO stocks, you’re generally best off avoiding them. Yes, the earliest investors in companies such as Amazon.com and Netflix have done phenomenally well, but most companies fresh on the market don’t turn out to be the next Amazon or Netflix. And even with the ones that do, you can profit quite handsomely getting in a few years or many years after they debut. Consider that Amazon had its IPO in 1997, some 23 years ago, but if you’d only owned it over the past 10 years, you’d be up more than 1,600%, and over the past five years, you’d have more than quadrupled your money — seemingly with plenty of growth still ahead. Netflix debuted in 2002, and those who have held it for only the past decade are up about 1,900%. It’s not vital to get into a great company when it IPOs.

Various studies suggest that it’s actually unprofitable, on average, to jump into IPOs, and that the better strategy is to give those fresh stocks a year or so to settle down. Some such stocks don’t even survive their first year — Pets.com debuted in 2000 and was out of business within a year. Many IPO stocks surge well beyond reason initially — delivery service Webvan, for example, debuted in 1999 and was soon valued at more than $6 billion, despite only generating some $5 million in annual revenue. It went bankrupt in 2001.

Still, interest in IPOs persists, and you may want to know what exciting IPOs are expected in the coming year. Here are five major ones that you might at least observe — and perhaps invest in, if and when they don’t seem too overvalued.

Robinhood is a relatively new stock-trading platform that, through its easy-to-use app, is gaining popularity — especially among younger, newer investors. It boasted 10 million users in late 2019, and is reported to have added 3 million more accounts in the first quarter of 2020.

Robinhood has received a total of $1.7 billion in venture-capital (“VC”) funding, according to Crunchbase, from VC businesses such as Sequoia Capital, Institutional Venture Partners, and D1 Capital Partners. It’s reported that the company has chosen Goldman Sachs as its lead underwriter for its IPO, and that it might debut with a value of around $20 billion.

Bumble is a dating app with more than 100 million users that has expanded its scope to help its users meet friends and link up with fellow professionals. Its dating service is distinguished by a focus on women, letting them make the first move. Bumble is reportedly looking to debut on the open markets in February, with a value of around $6 billion to $8 billion. Once public, it will have deeper pockets with which to compete against Match Group and others.

Instacart is one of the success stories of this pandemic period, experiencing a huge surge in demand as many consumers who previously were not interested in grocery deliveries suddenly found themselves in need of grocery deliveries. The company appears on many lists of companies expected to go public in 2021. Reportedly, some 85% of American households have access to Instacart delivery, making it a national force. The company was reportedly valued around $13.7 billion as of a June financing round.

Nextdoor.com is a popular website and app that lets neighbors communicate with each other — about lost pets, burglaries, potholes, and recommended handypeople, among other things. In October, it was rumored that the company was looking into an IPO, possibly with a valuation between $4 billion and $5 billion.

Stripe may be the company among these five that you know the least about, but it’s become a significant player in “fintech” — technology companies focused on finance and financial transactions. It boasted a valuation of about $36 billion, as of an April round of financing, and it’s most likely worth much more today. Indeed, there are reports of the company seeking additional financing, with a valuation near $70 billion. Best known for its Stripe Payments system, Stripe’s services are being used by millions of businesses worldwide.

Overall, it’s best to not jump into IPOs. Remember that you can do extremely well investing in stocks that have been around for a while. They offer the advantage of having multiple years’ worth of financial statements to study, among other things. One particularly powerful kind of stock to consider investing in instead is dividend-paying stocks. If you’re determined to jump into an IPO, be sure to read up on them first.

Motley Fool co-founders Tom and David Gardner have spent more than a decade beating the market. After all, the newsletter they have run for over a decade, Motley Fool Stock Advisor, has tripled the market.*

Tom and David just revealed their ten top stock picks for investors to buy right now. Amazon is on the list — but there are nine others you may be overlooking.

Musicians strike a chord against COVID-19

Removing likes off Instagram aims to help teens with depression

Flu and COVID-19 are bad enough, but they also can raise stroke risk

Editas Medicine (EDIT) Gains As Market Dips: What You Should Know